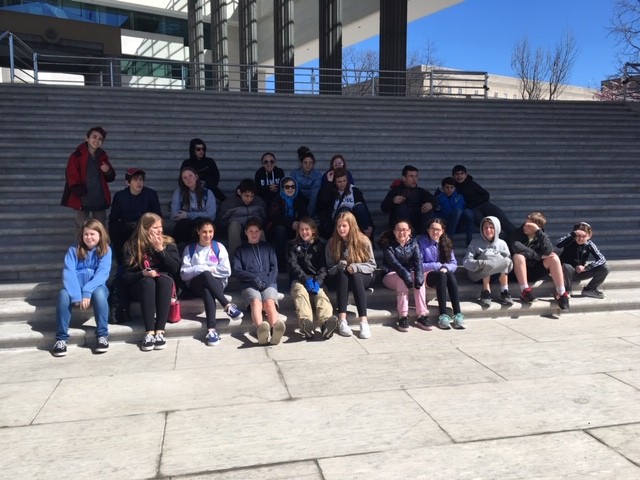 Day 3 of the DC Trip

Our morning started at the Newseum, which is dedicated to telling the story of how important journalism and freedom of the press are in recording history. We saw many very interesting exhibits, including the story of the Berlin Wall, why it was built and why it fell;  the FBI investigations of terror attacks; the history of LGBQT protests in the last five decades; the Civil Rights movement in the early 1960's; and press coverage of the 9/11 attack.

We headed up to the Rayburn Office Building after lunch; thanks to the wonderful Ratners, we got to see our congresswoman, Rosa DeLauro, who talked to the students about her job, stressing the importance of their own participation in the political process because the future is really theirs.  She had them absolutely captivated the whole time.  Next we took a tour of the Capitol, starting with a film about the importance of the legislative branch of government; then we visited the Old Senate Chamber and the Old Supreme Court Chamber on our way to the beautiful rotunda.  Three of Rosa's assistants were our tour guides in three separate groups.  Mrs. Ravski's group got to see House Speaker Nancy Pelosi when they walked by her office just as she emerged. We in the other two groups were a bit jealous, but luckily for all of us, when we got to the Senate chamber, there was a roll call vote on the Green New Deal. Therefore, we saw the following senators:  Kamala Harris, Bernie Sanders, Elizabeth Warren, Dick Blumenthal, Chris Murphy, Chuck Schumer, Mitch McConnell, Marco Rubio, Mitt Romney, Cory Booker, Amy Klobuchar, Ted Cruz, Kyrsten Sinema, who looked fabulous!, Susan Collins, Kirsten Gillibrand, and more!  You would be very proud that many of our students were pointing out these senators to each other. Needless to say, our visit to the Capitol was great sucess, especially since everyone who had really enjoyed watching Mr. Smith Goes to Washington on Friday was now getting to the actual place where the movie was set and real political process. 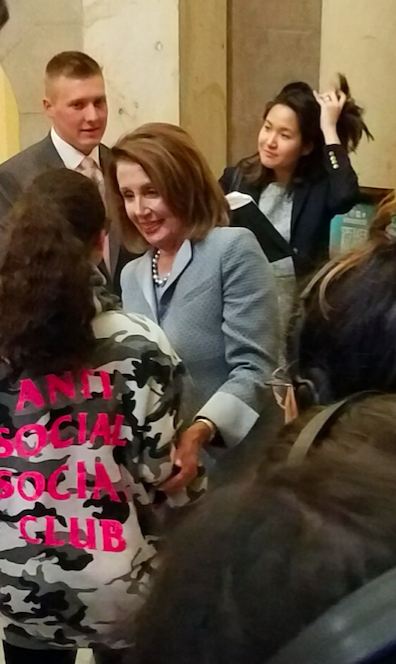 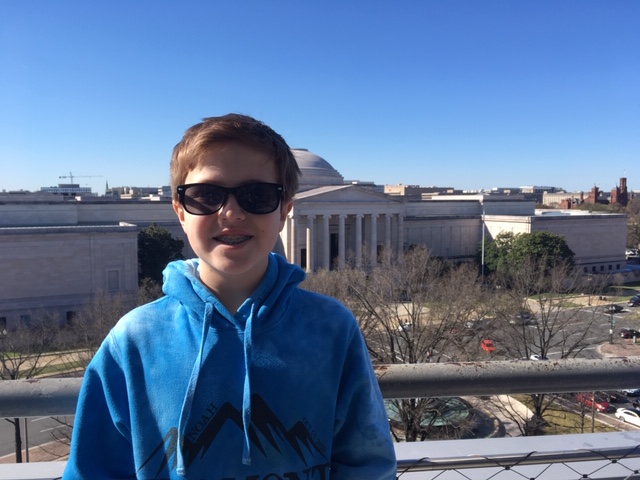 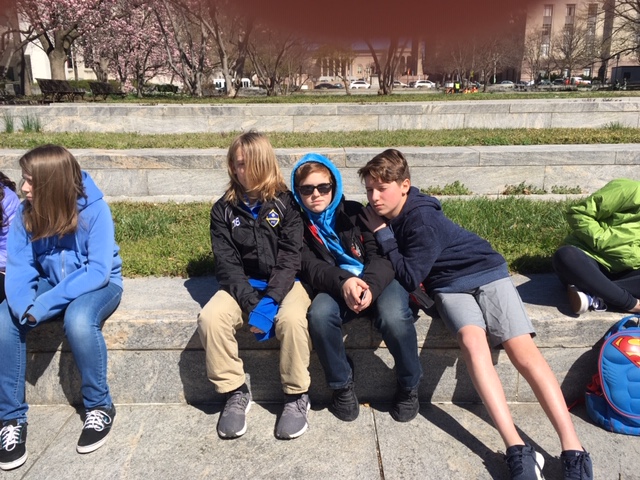 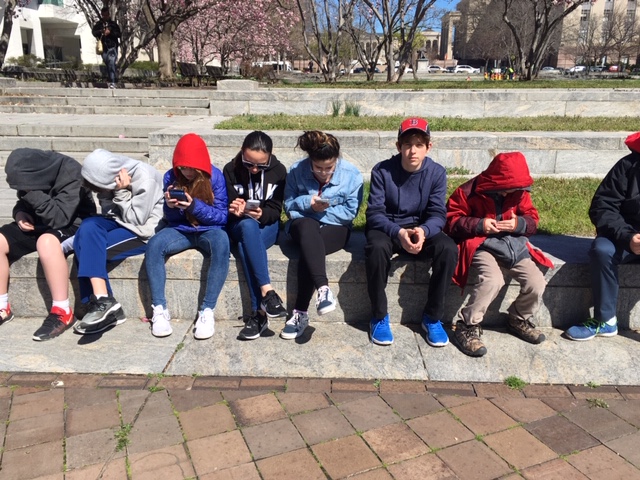 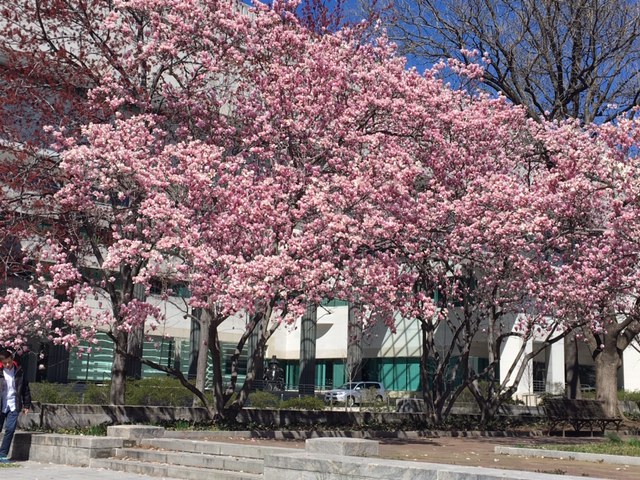 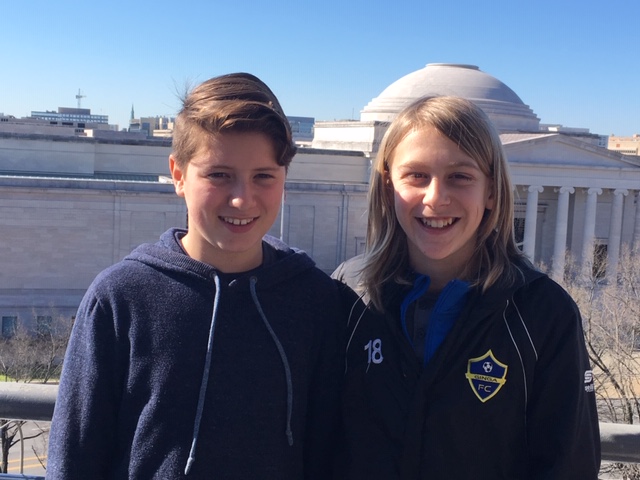 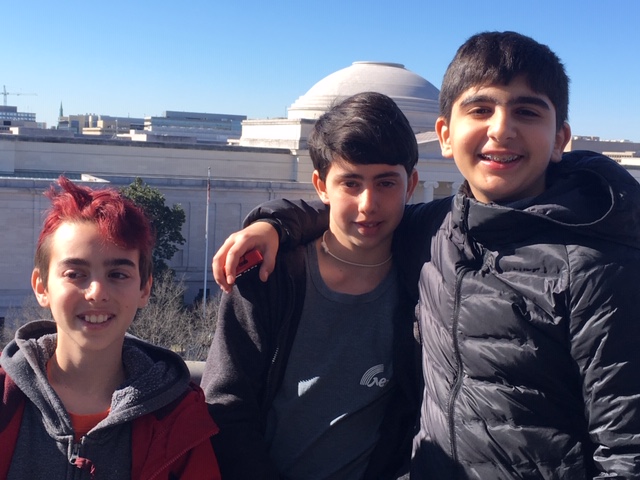 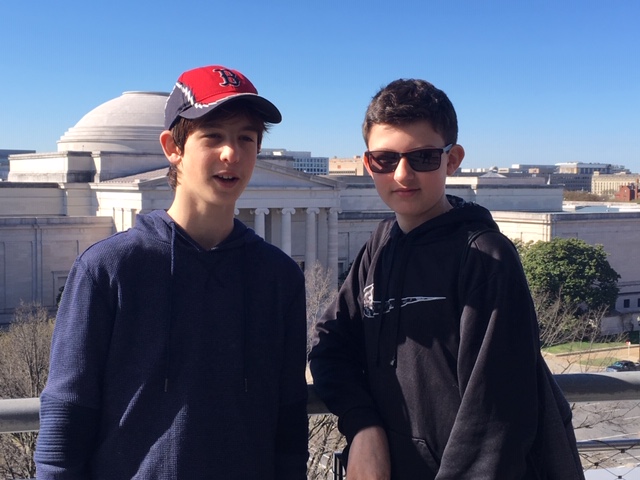 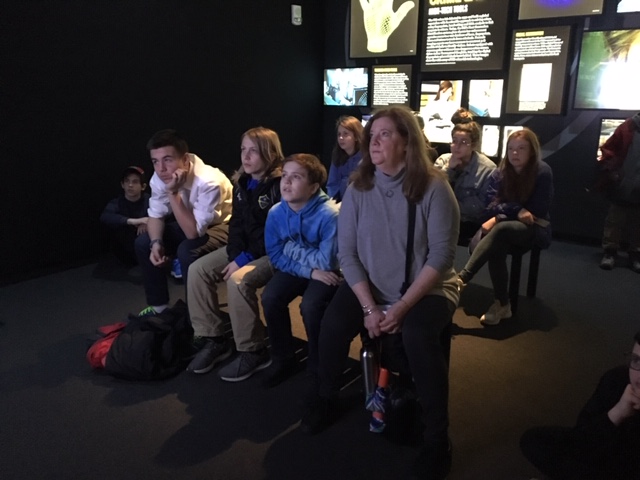 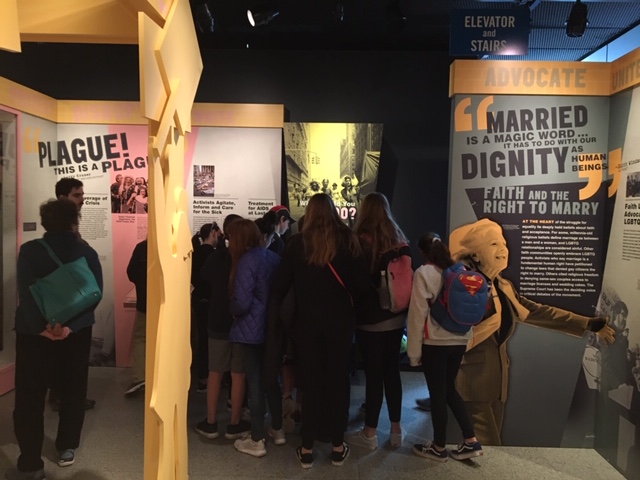 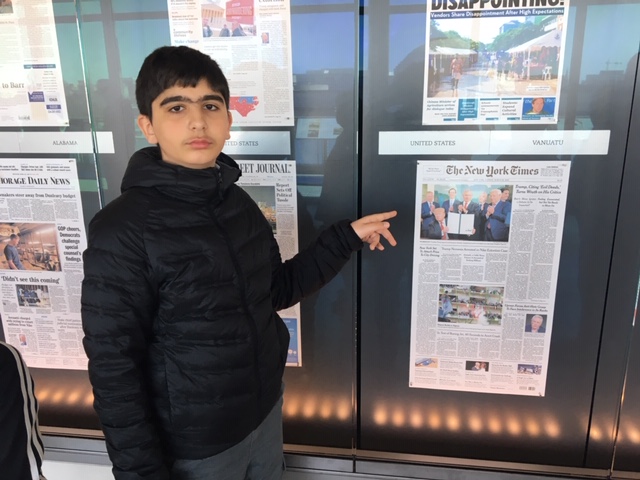 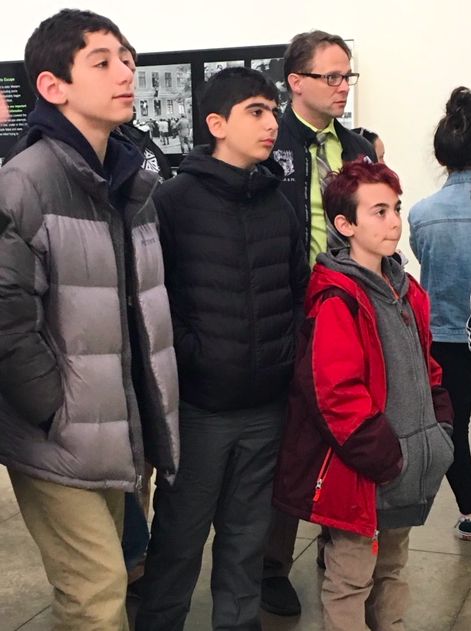 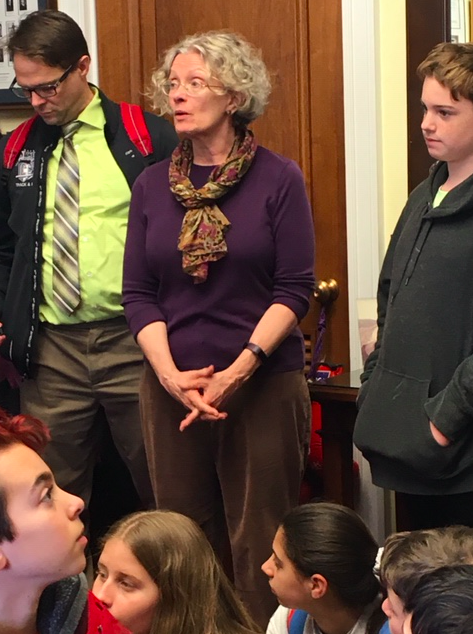 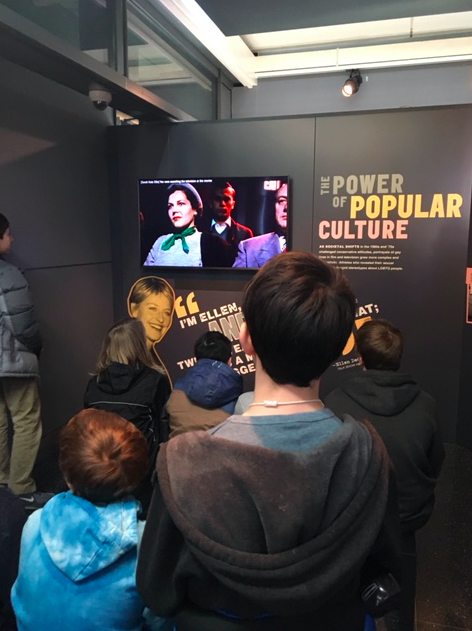