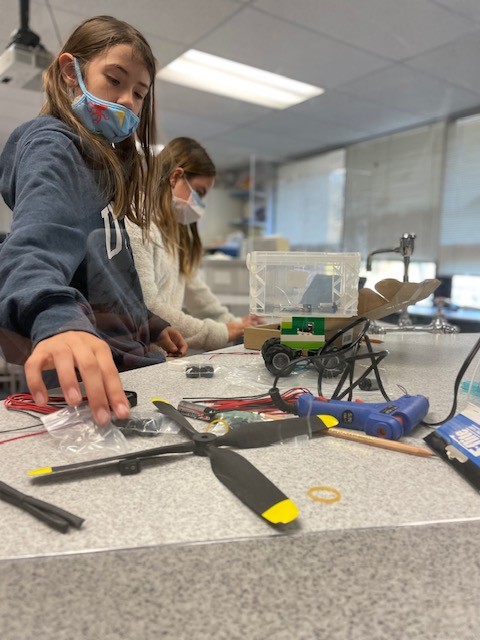 This week in the 5-6 class, we continued working on the concept of how authors let us know about each character, either through direct or indirect characterization. Students used this new idea to work on their own character sketch of the new protagonist in their new stories.

In science, we worked on making electric propellers. Some really perservered, like Caleb who slowly and surely with about 4 different glue guns and several modifications, was the first to get his propeller to move. Gabby and Eleanor Ruth did not give up.They kept working.  Eleanor B. helped them get their motor running so to speak, but Eleanor Ruth would not give up until they made the motor turn a propeller. She tried the one that came with the kit, she tried styrofoam, and even part of Jacob and Tom's windmill.  With the kind of coordination and collaboration most scientists dream of, they used Caleb cardboard design and just before the bell rang, and they got it to work!!

In Judaics, we finally got to have our debate about the monarchy as a model for leadership. Each team prepared opening presentations, and read their prepared remarks and then we had an open discussion. It got quite heated!

In geography we are studying aspects of the United States, concentrating on its topography, history, and what modern America is like compared to the past.  This study is supplemented with the current events having an impact on both our country and our world today.