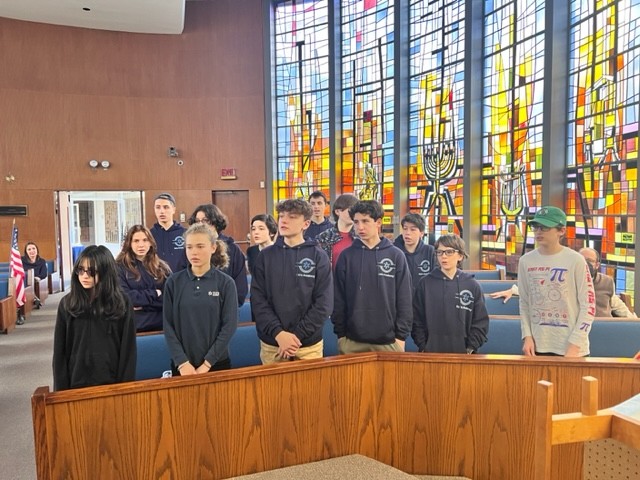 Early this week we had a debate on the legacy of FDR. Students had to argue whether or not his legacy was overwhelmingly positive or negative. It was a lively and contentious debate-just like I like it!

We are halfway through our Talmudi sugiyah understanding that the rabbis disagreed about why Beit Shammai or Beit Hillel would argue different points of law.

7th math - We have been working on ratios, rates, unit rates and converting rates.

Geometry -  we have been working on relationships in triangles.

This week was Game Week in music with a game called “Bread and Butter” seeing if they could guess the time signatures as well as challenging them with unusual time signatures in popular music! Our Mimi Award Winners were Eli and Joey as some of our most brave guessers of tricky time signatures!

This week in art the students started to create out of clay a mythical creature, their spirit animal, or their Chinese Zodiac animal (in honor of the Chinese New Year).