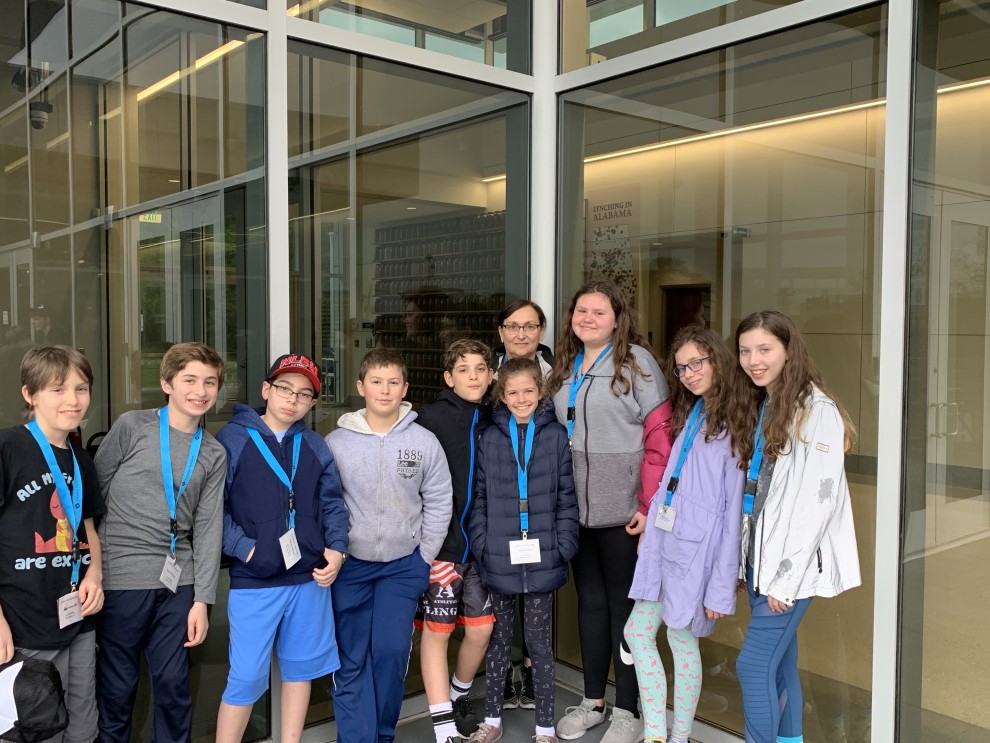 On the bus we saw a movie called the 13th. It was about mass incarceration and it was eye opening and prepared us for the museums we were going to see. I learned that in 1970 the prison population was about 300,000 and now it is 2.3 million people in prison. In the U.S black men make up 6% but in prison they make up 40.2% and 1 in every 17 white men will go to jail but 1 in 3 black men end up in jail at some point in their life. The first stop in Montgomery was at the Southern Poverty Law Center. They have a small museum and it showed the martyrs (that we learned about in school), victims and people who were called "collateral damage." The next part of it was a very dark room that had a screen that took up almost the entire wall. The wall had names of all the people who made a pledge to protect this world from hate and bullying and a promise to make a difference like registering to vote and speaking out in our own communities about nonviolence and discrimination and racism.  -Alexandra 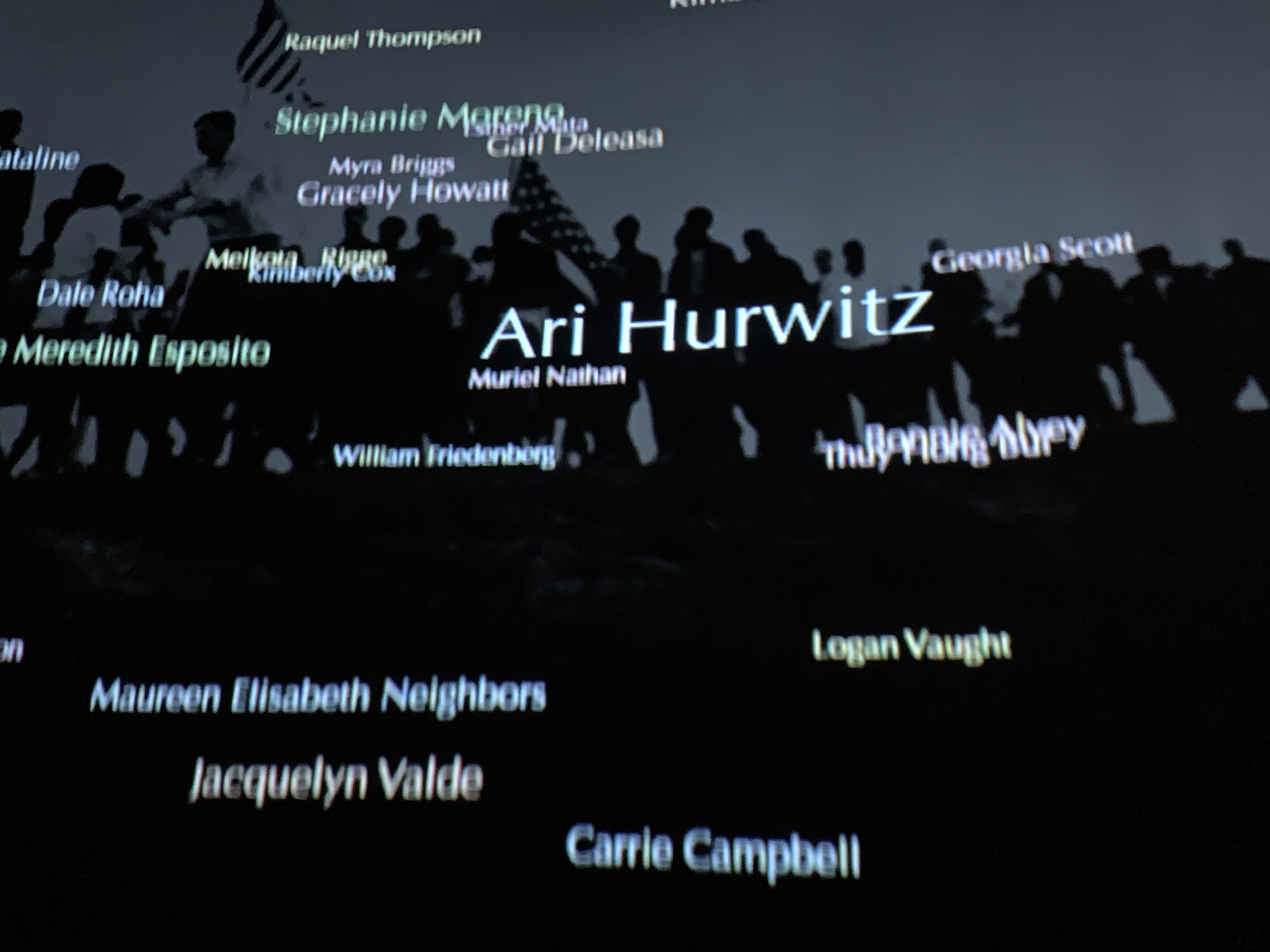 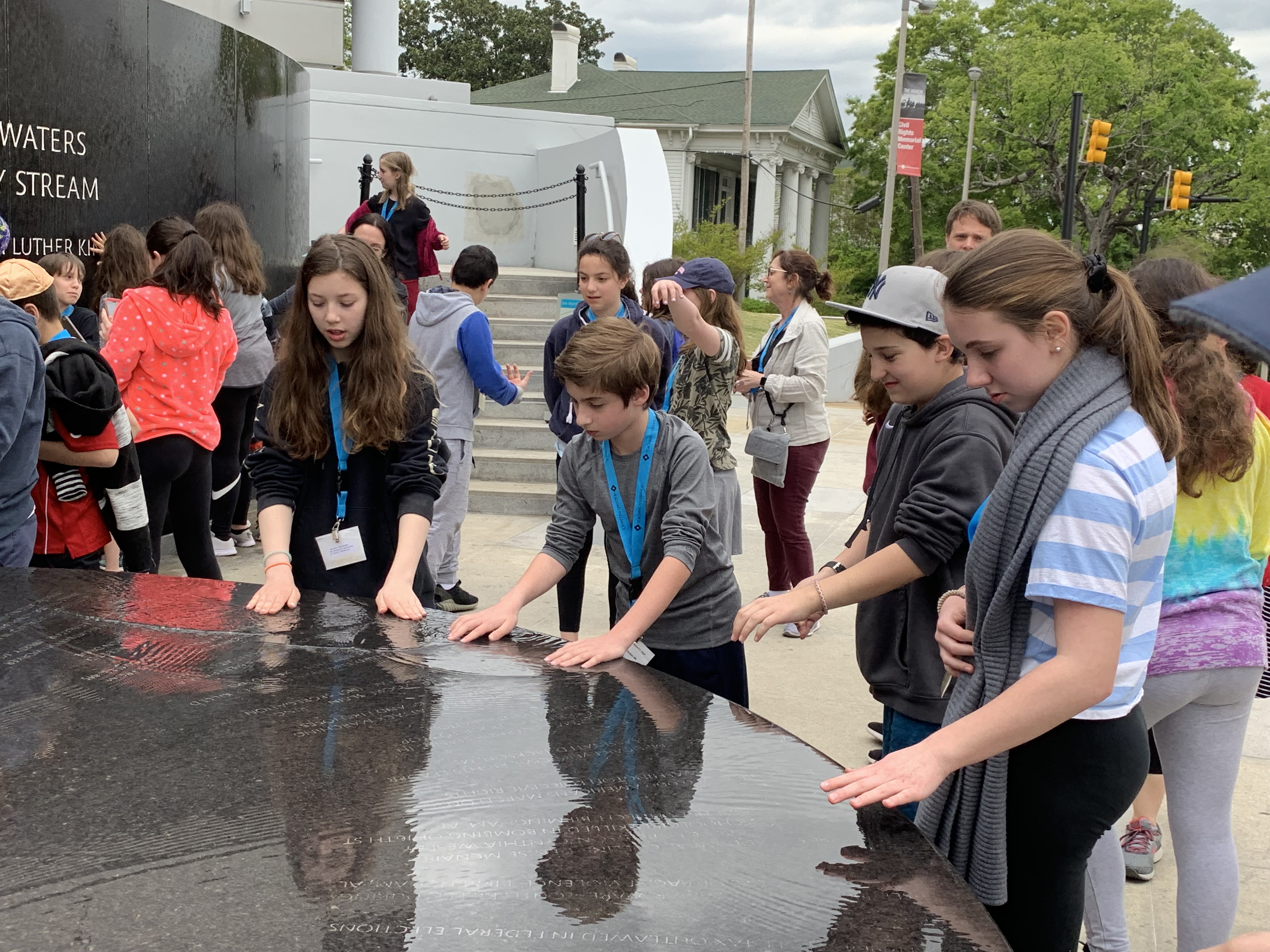 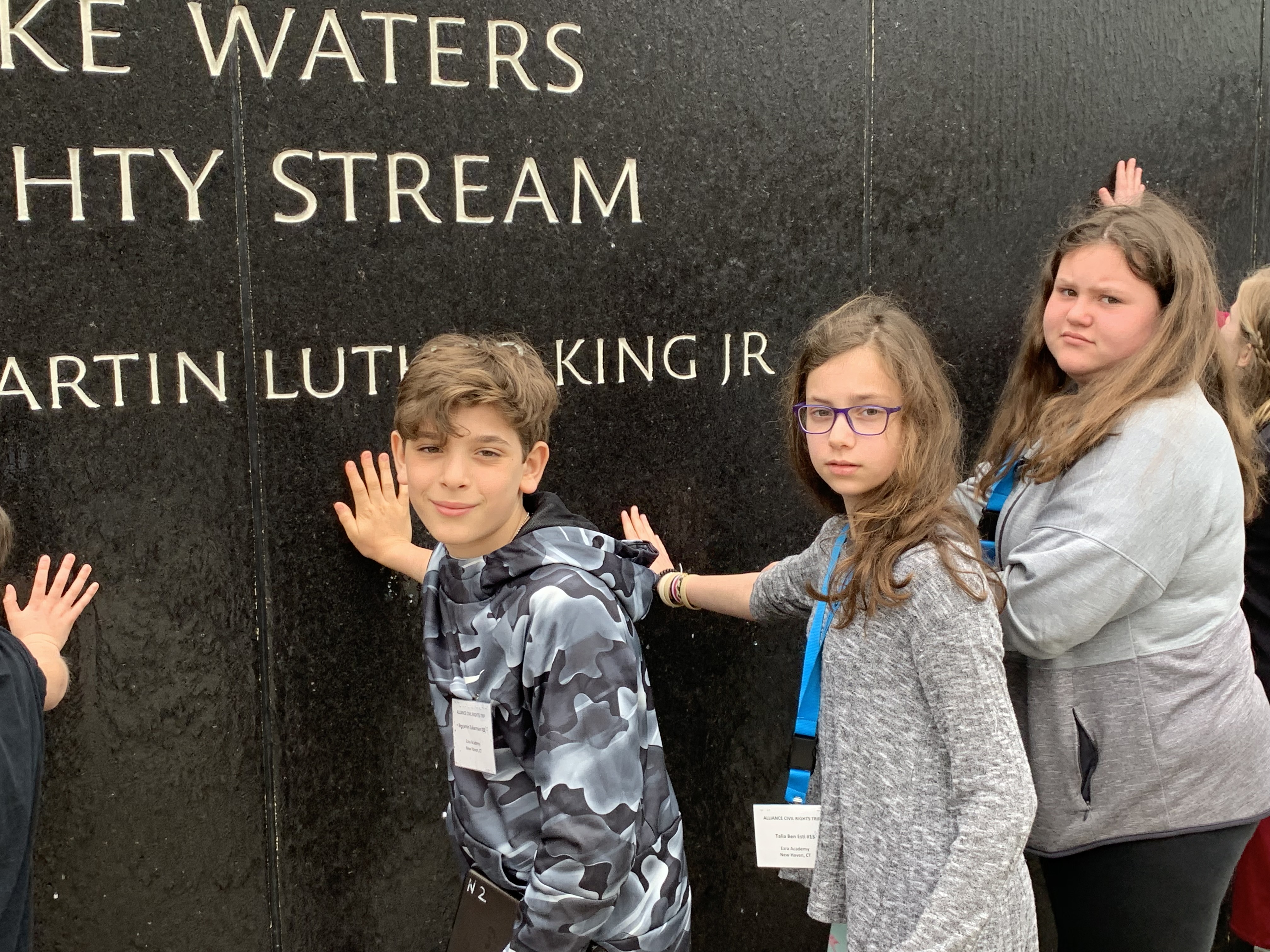 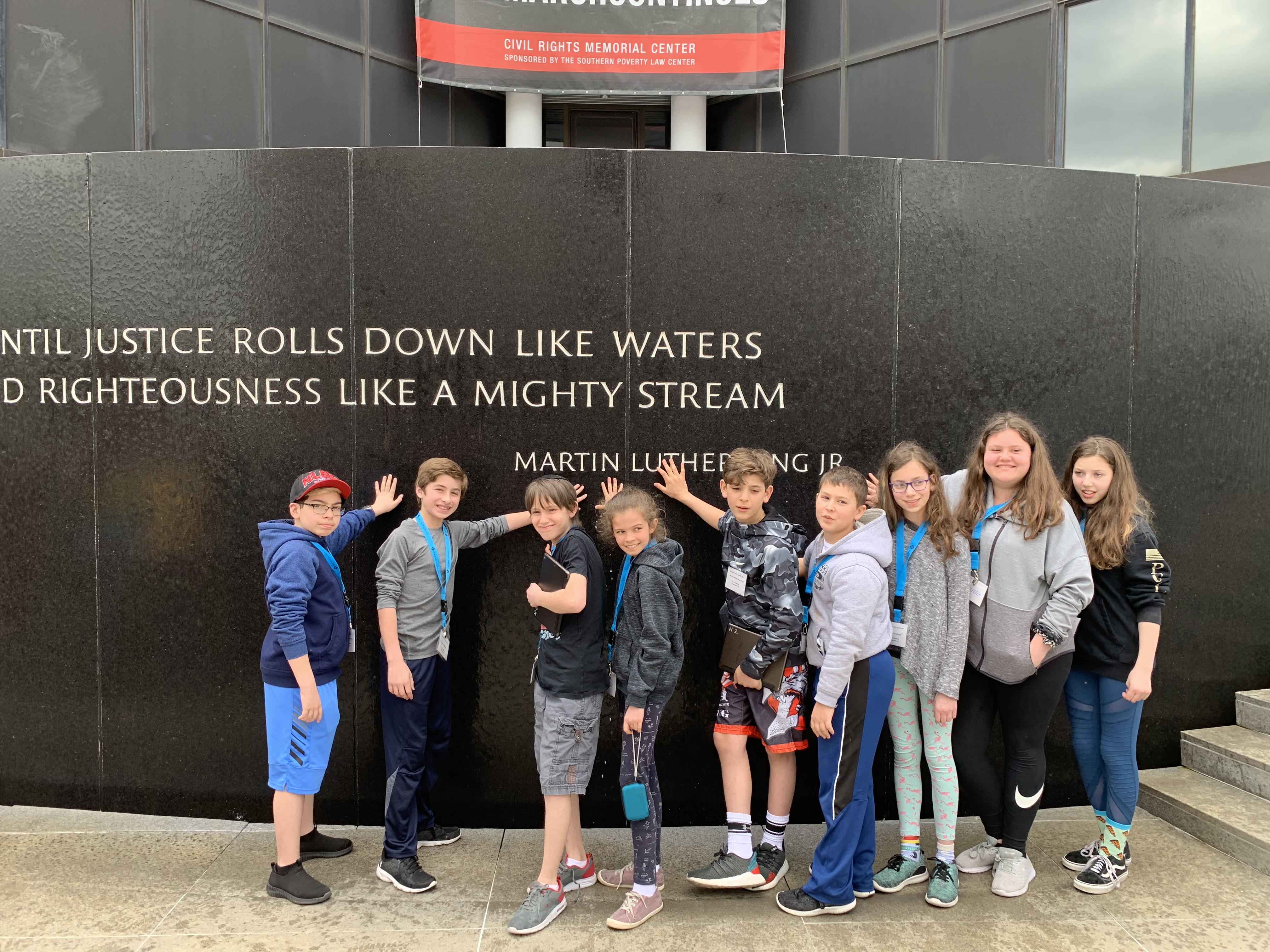 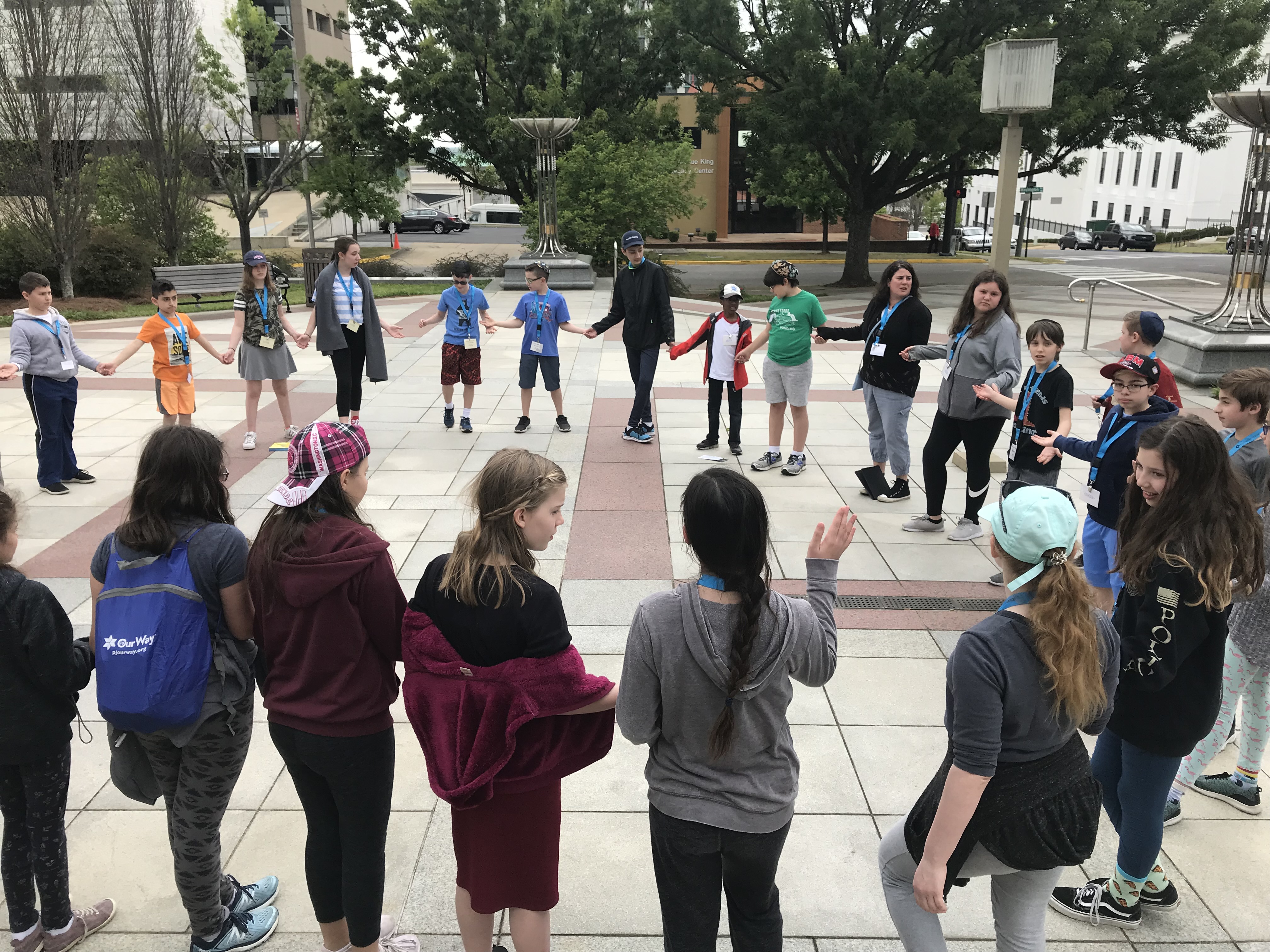 After lunch we drove to The Legacy Museum which was established by the Equal Justice Initiative (EJI). I think that the museum was really interesting and it was all clumped into one room so I could see how it all went together. There were stations- slavery, lynching, segregation and mass incarceration - that taught me more about each of the eras in American history. I got to be in that room for over an hour. - Xander

No photos were allowed to be taken in The Legacy Museum.

Not far from the museum is the Lynching Memorial. Over 4000 people were lynched between 1860 and 1960 and many had been forgotten until EJI started the project. They also collected soil from the ground where someone was murdered. 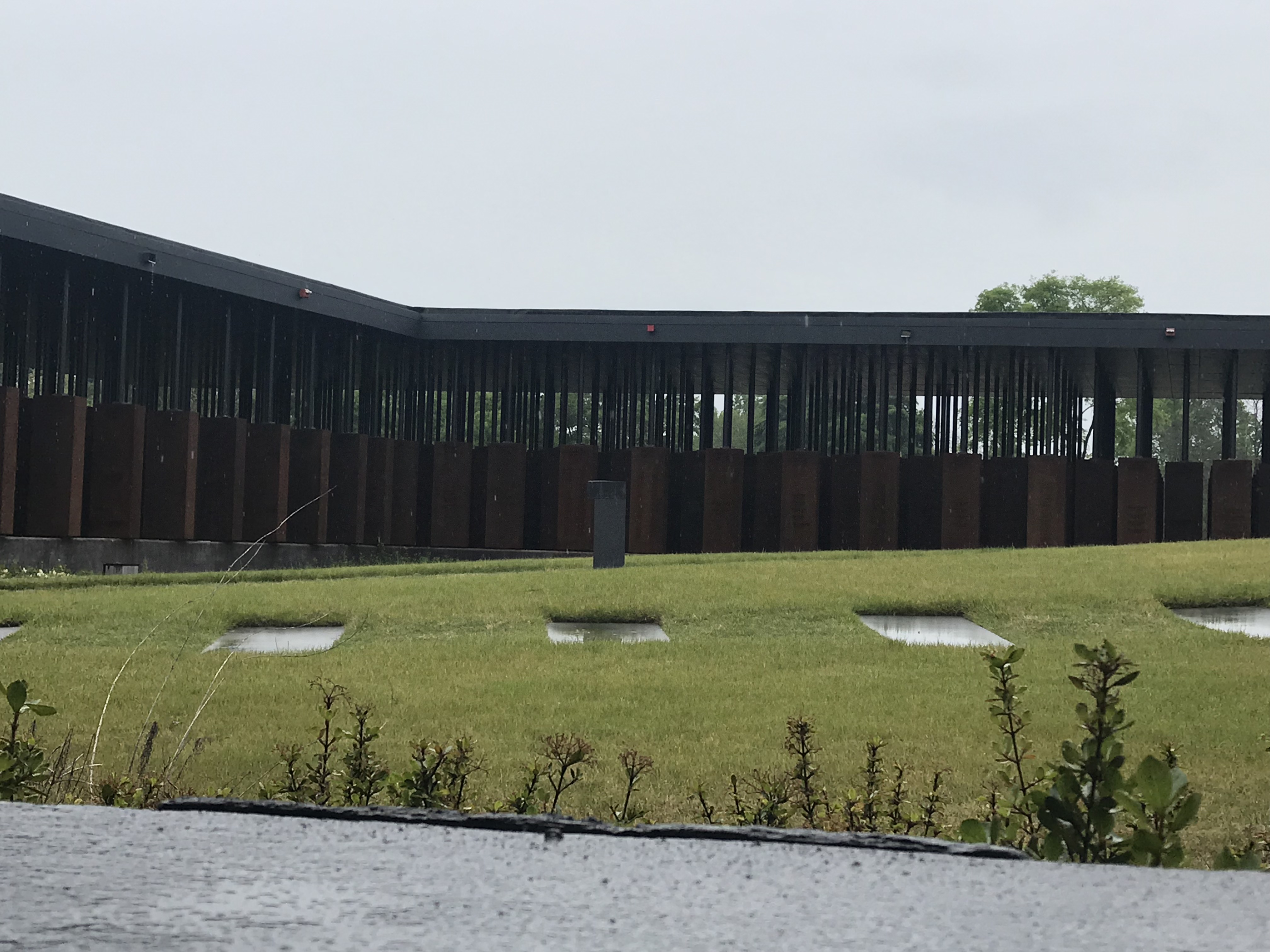 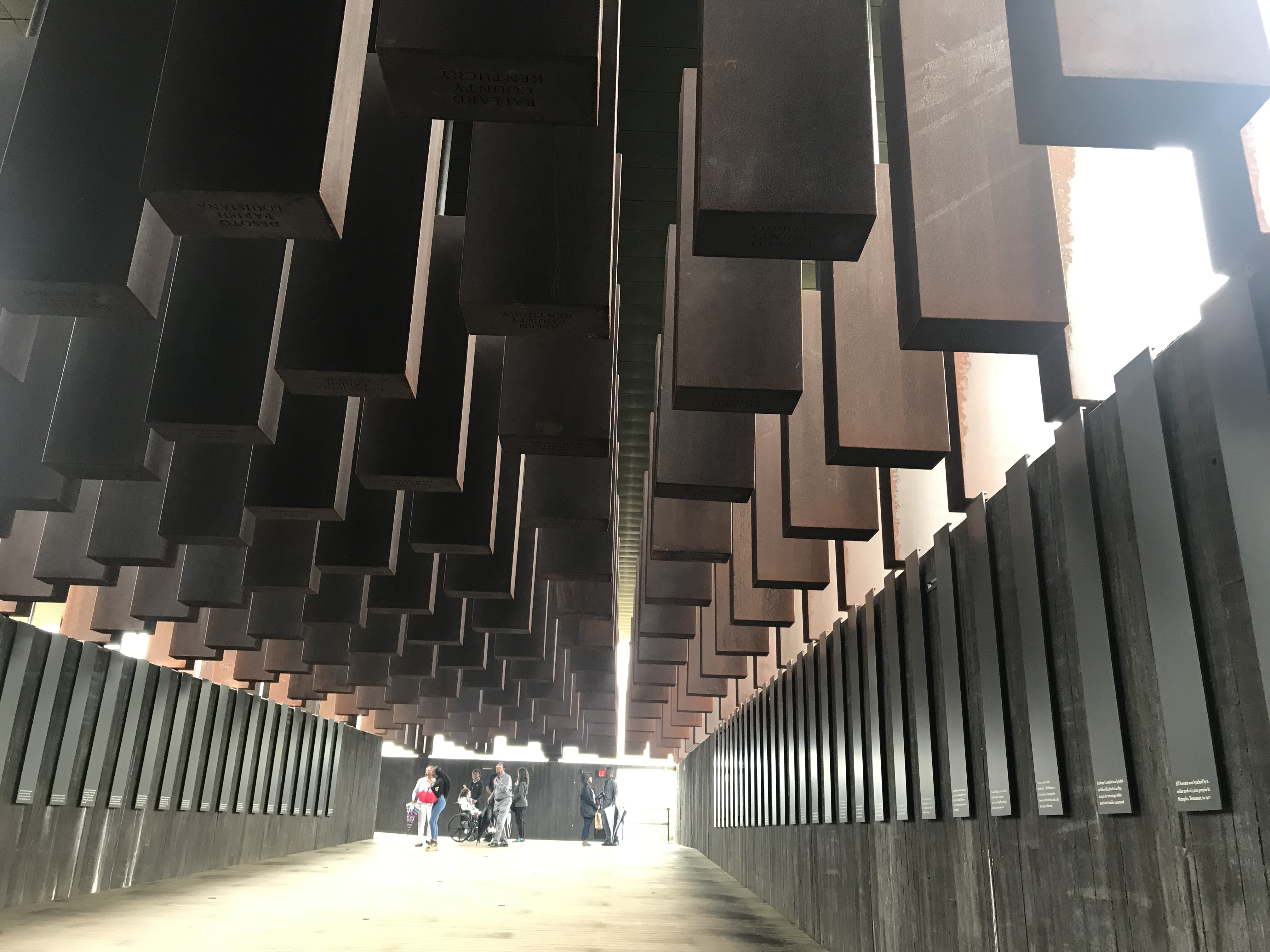 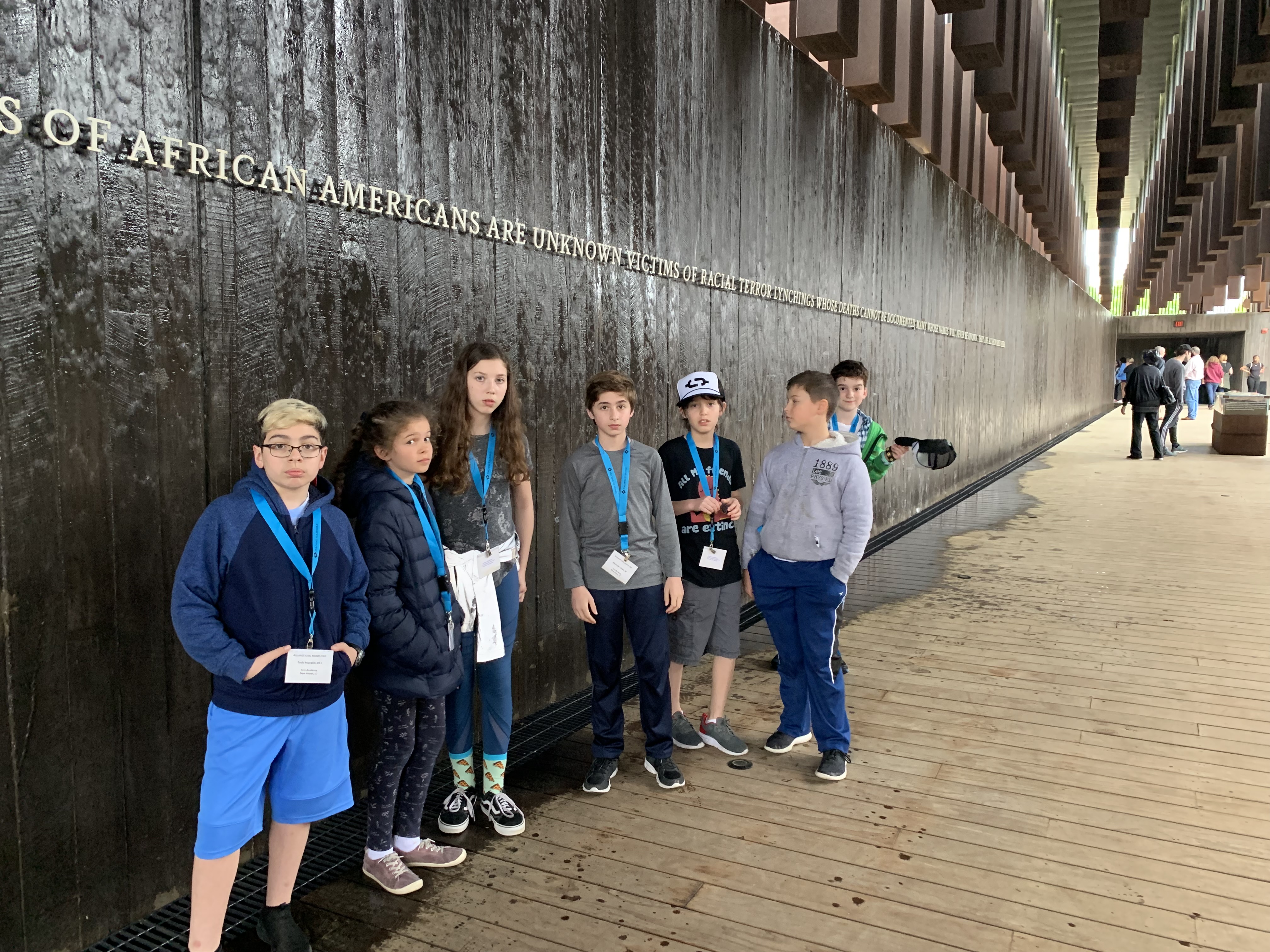 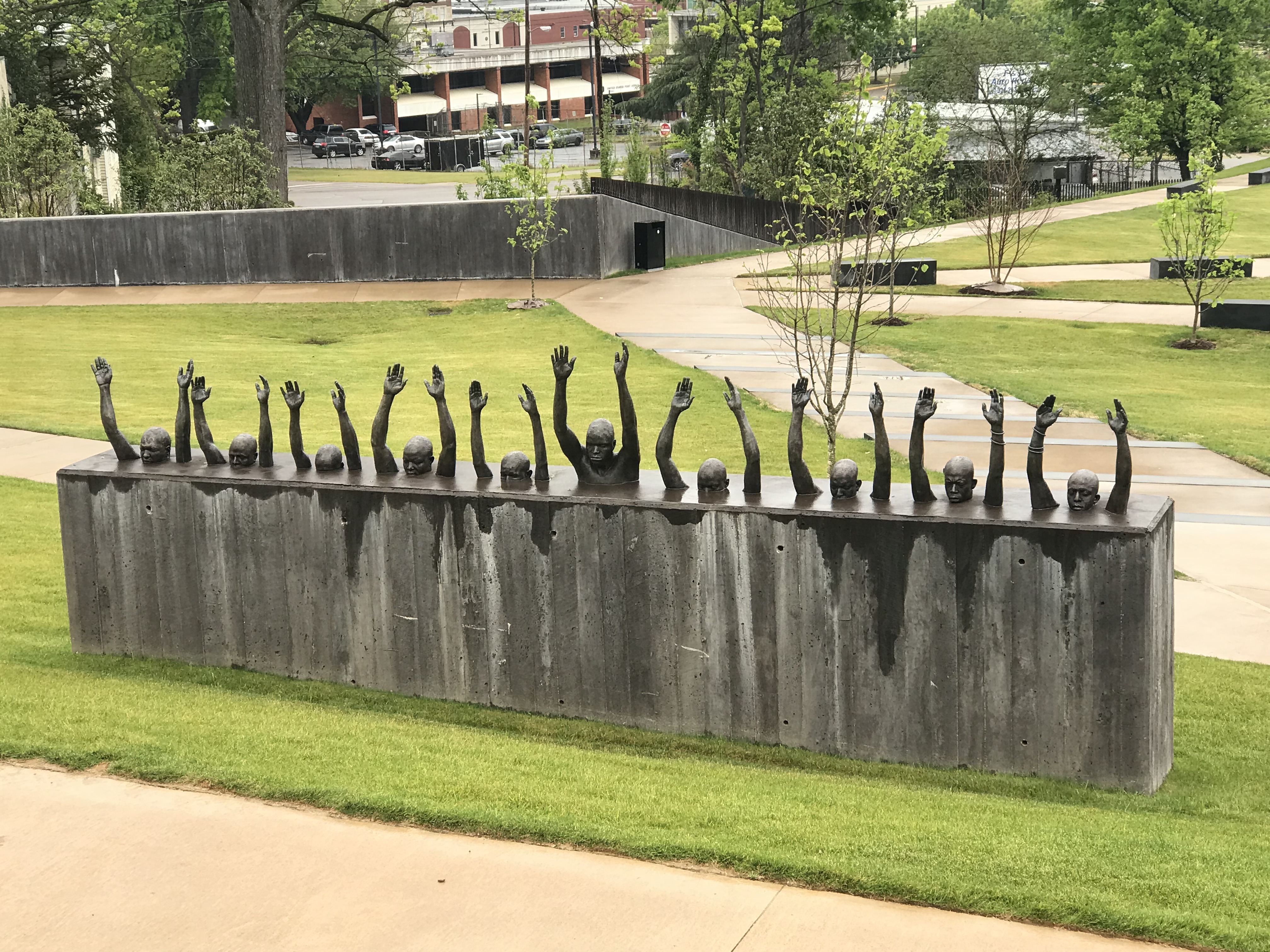 The Legacy Museum was really powerful and had a lot of information about slavery and racism and how it lead to the problem of mass incarceration in America today. After the memorial we actually met a man named Kuntrell Jackson. I had heard his story earlier at the museum on a phone exhibit  and he was a great speaker. It is terrible to think that people are sent to jail for life without parole even when they didn’t do anything. - Lia 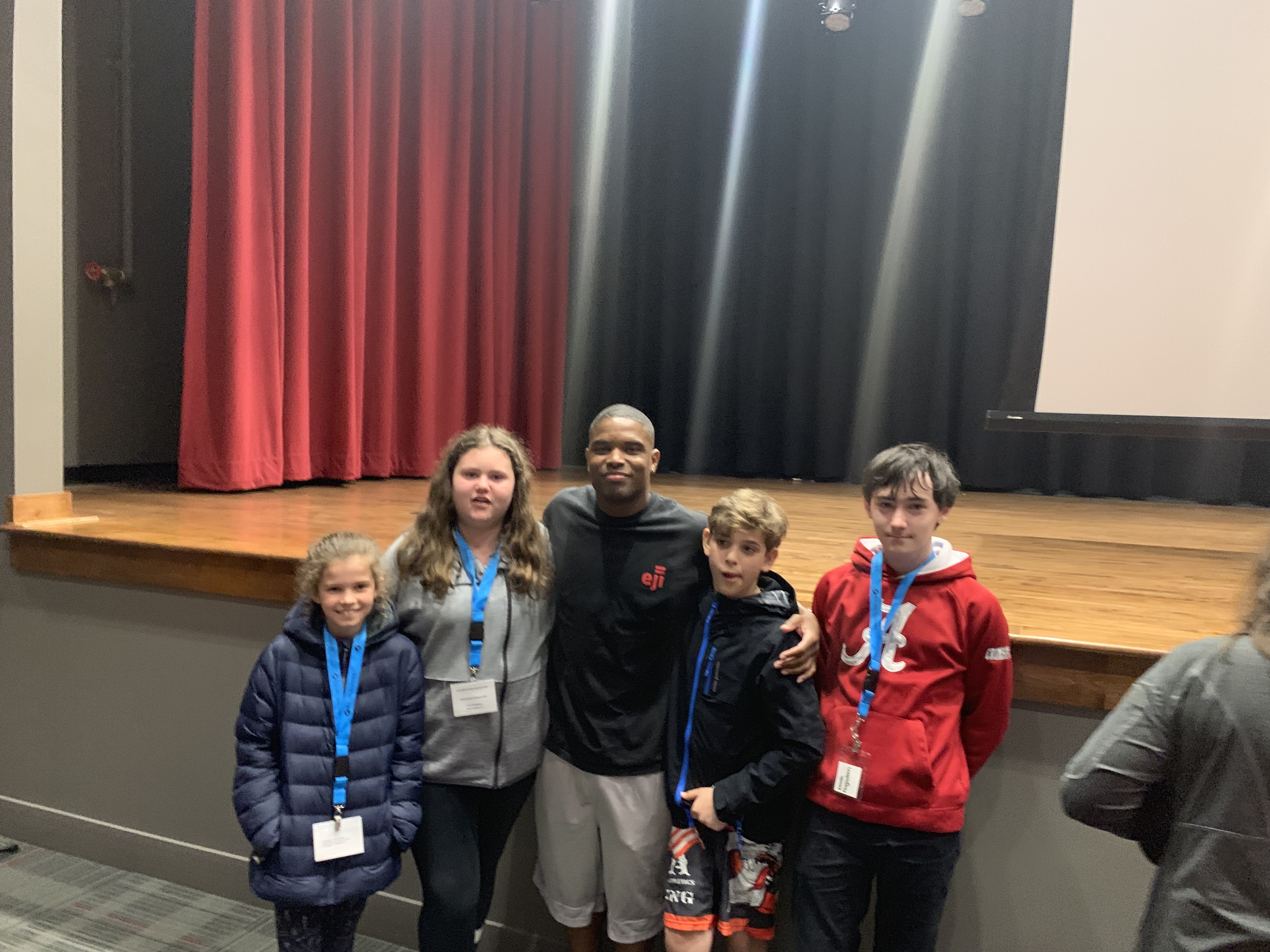 I couldn’t believe that Kuntrell Jackson was sent to prison for life when he didn’t even shoot anyone. It was because of his being black. He knows it is true because a few months after his sentencing, two white boys his same age in a county near his actually shot and killed five people and injured ten others when they shot people in a school. The sentence they got was to be in prison until they were 21 years old. - Na’ama 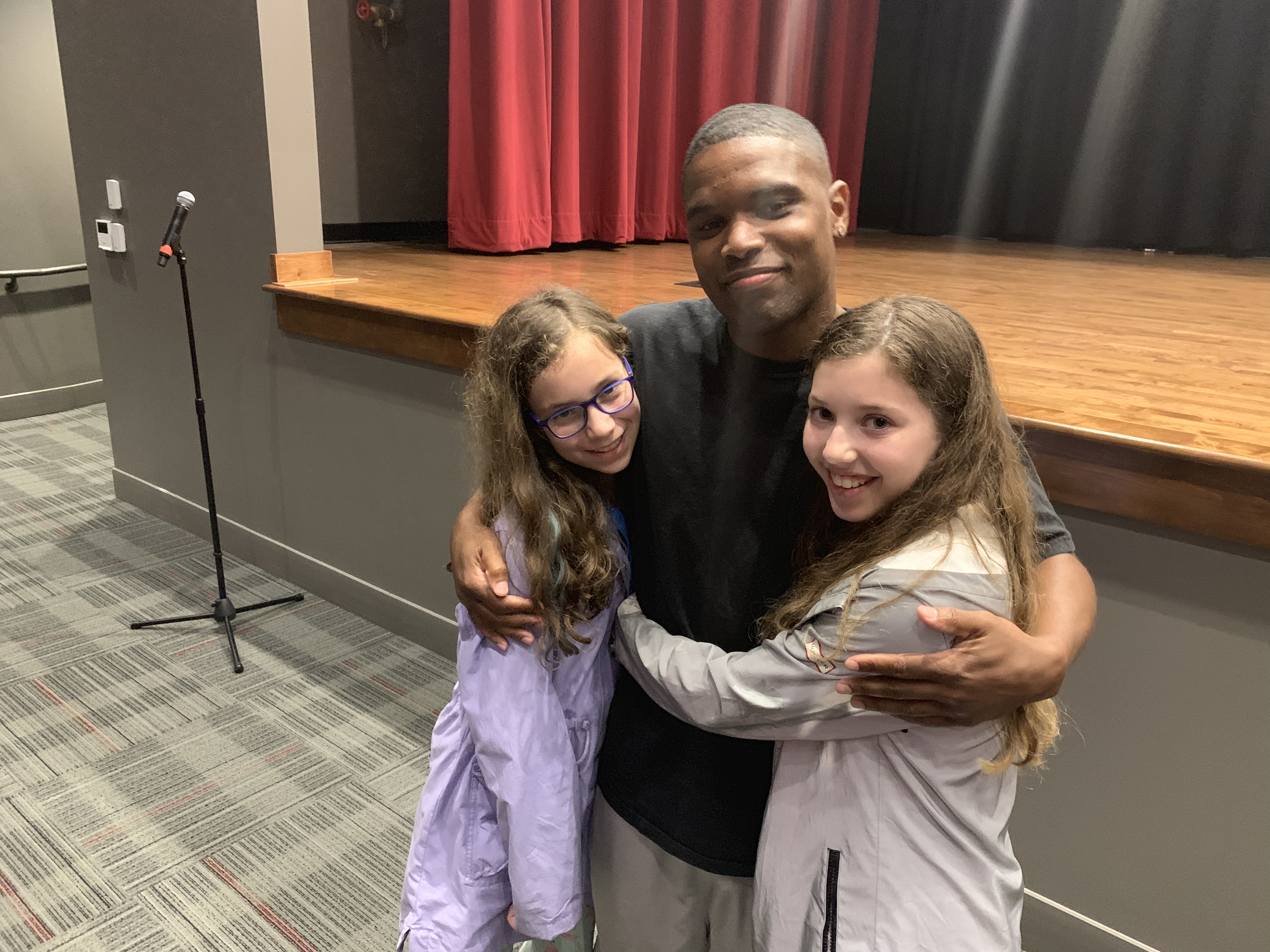 It was amazing to learn that even if something really bad happens to you you can overcome it and make something good come of it. - Todd

The night ended with a sleepover at the school including a talent show, movie and ice cream. We will see you tomorrow and will tell you how wonderful the 6th graders were on this trip. They took the serious parts seriously, asked intelligent, meaningful questions, and made new friends. Thank you for allowing them to be a part of this incredible journey of learning about social justice through the civil rights movement. 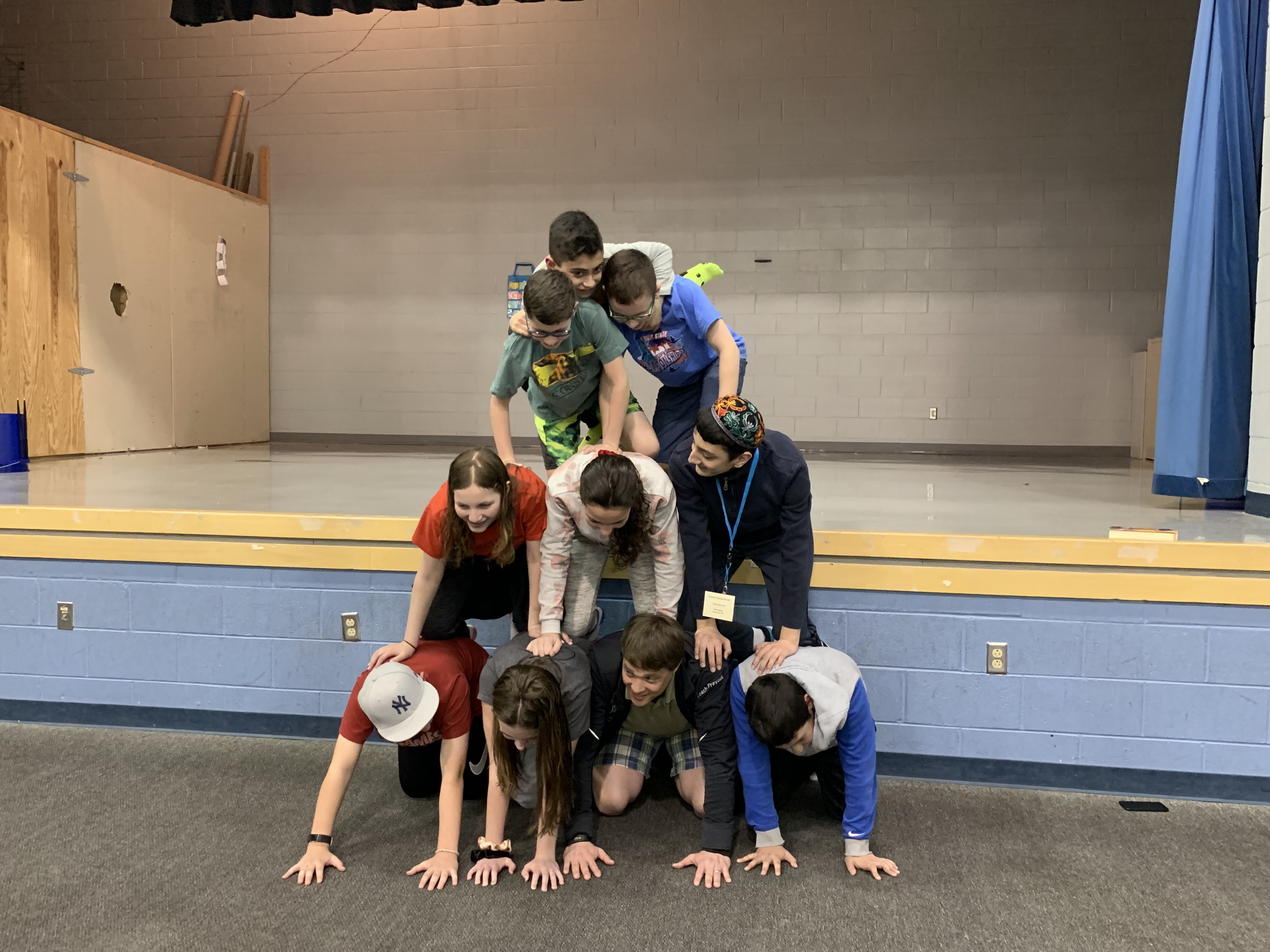 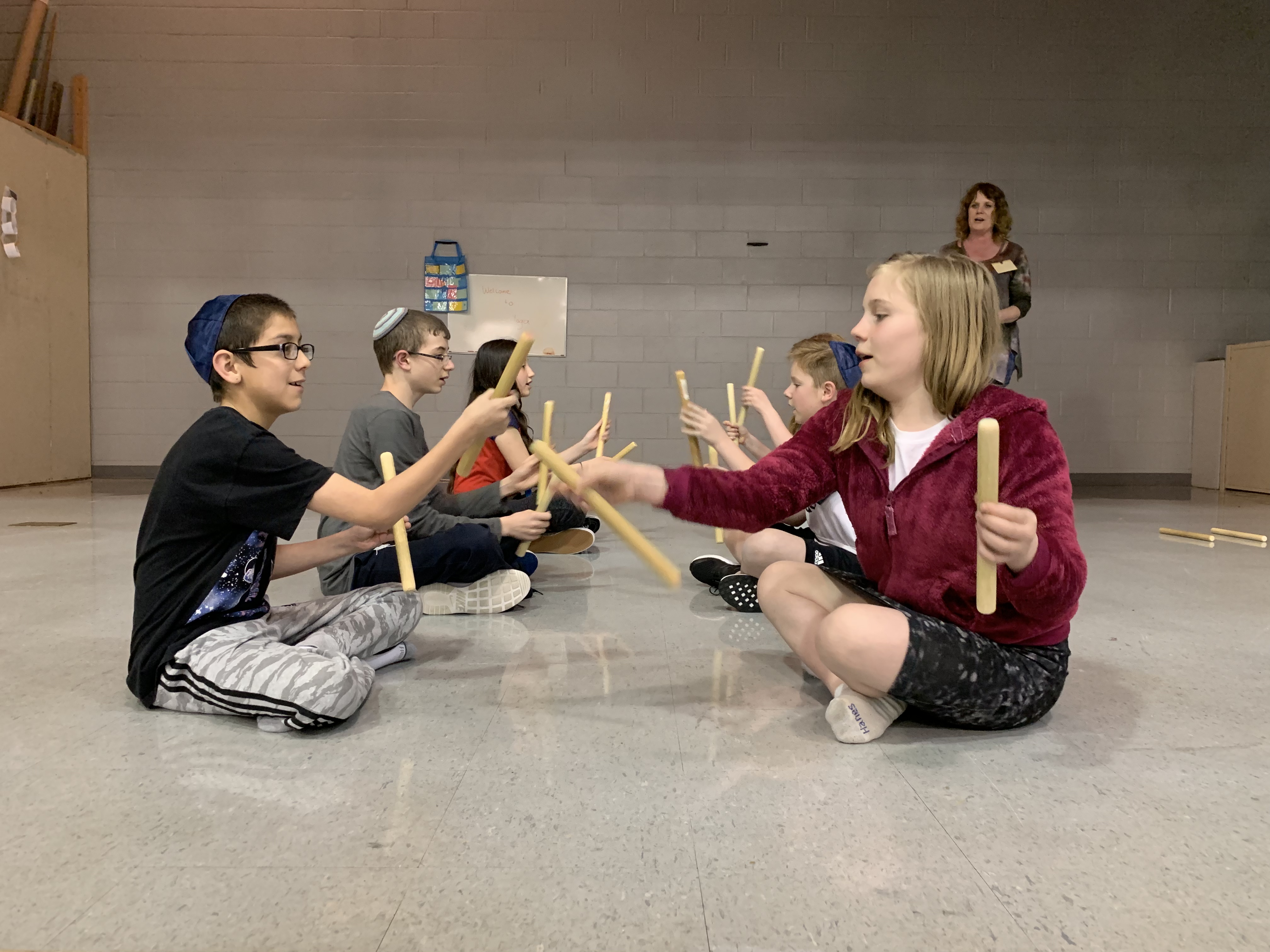 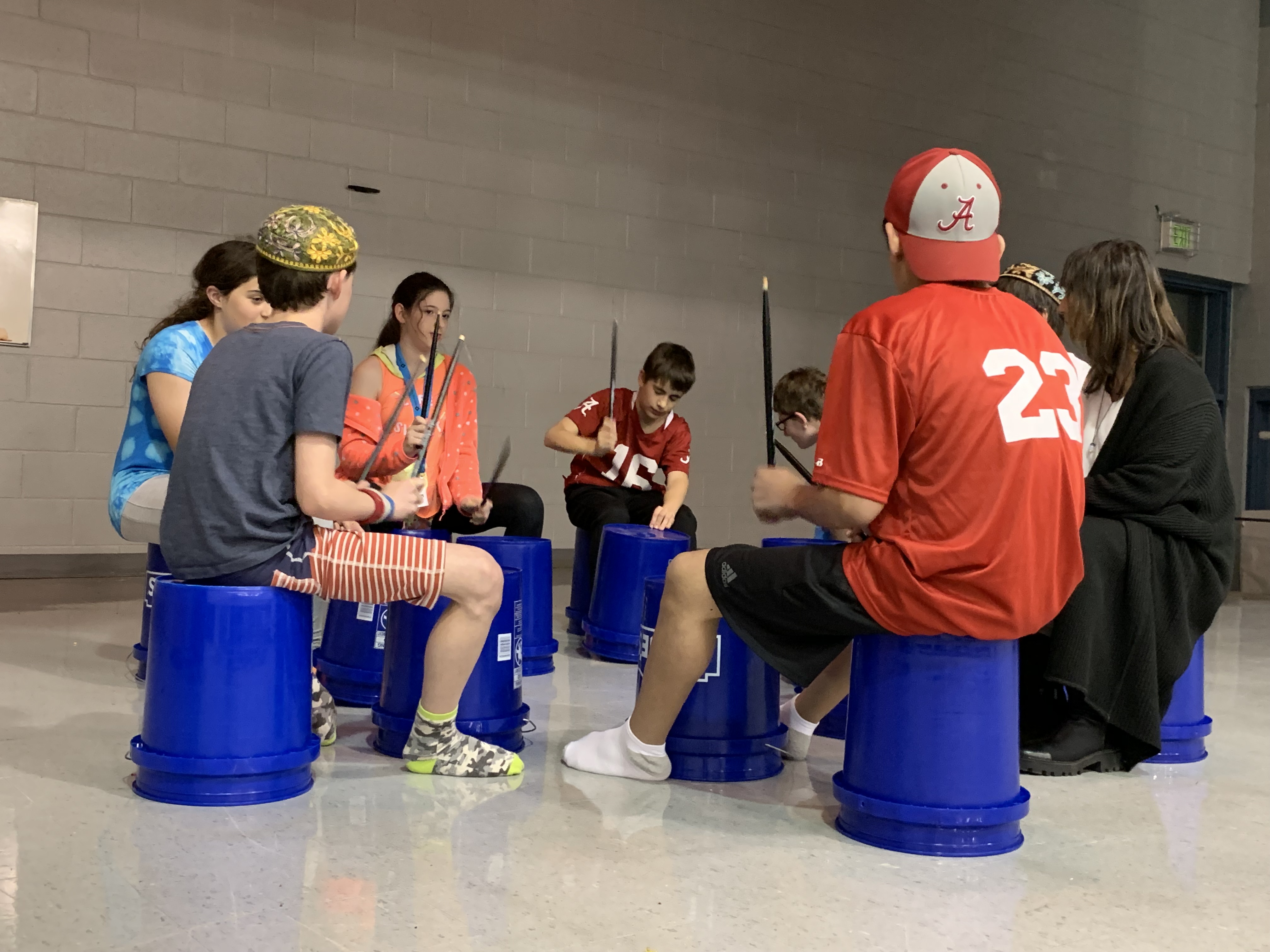 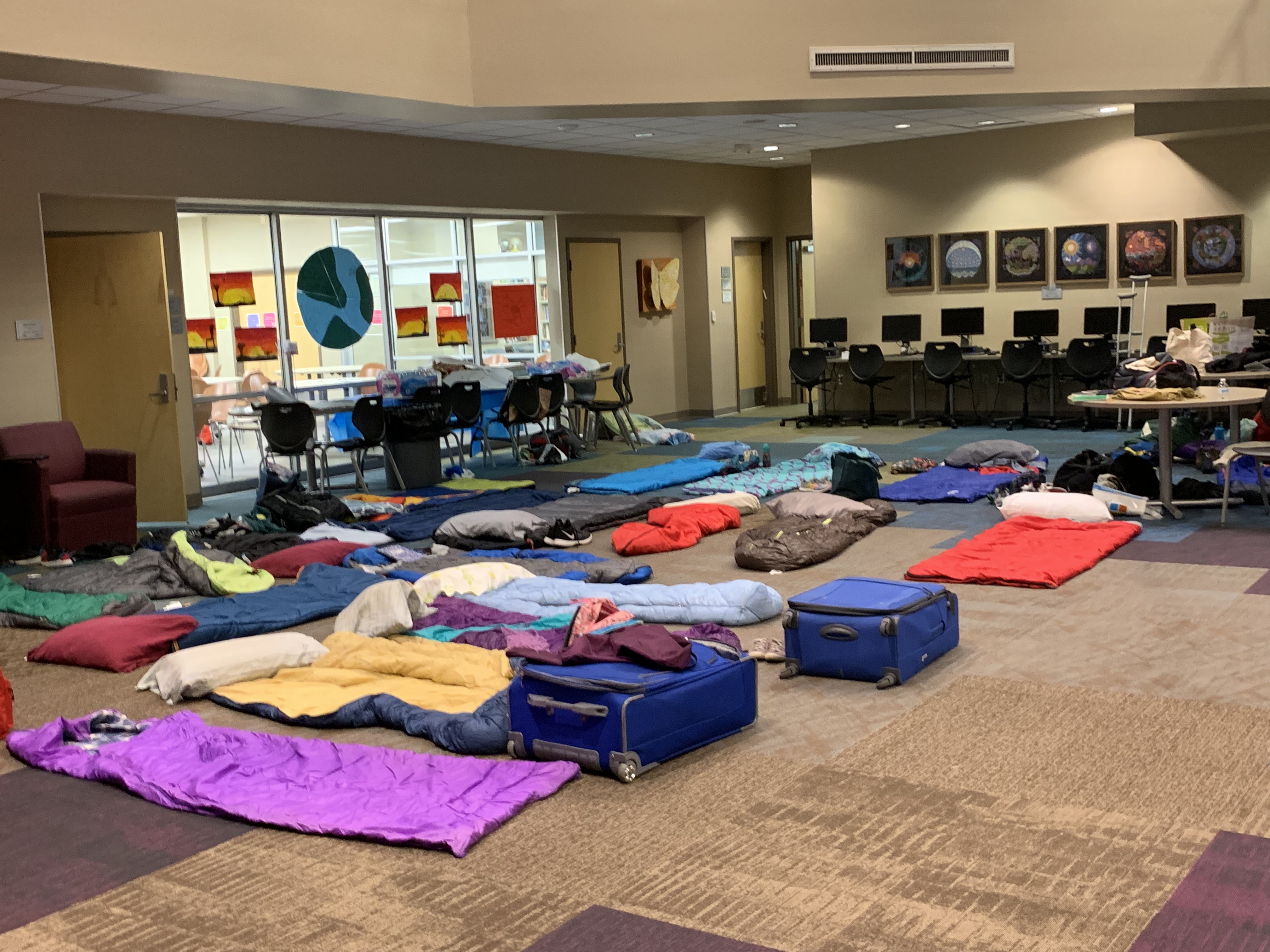