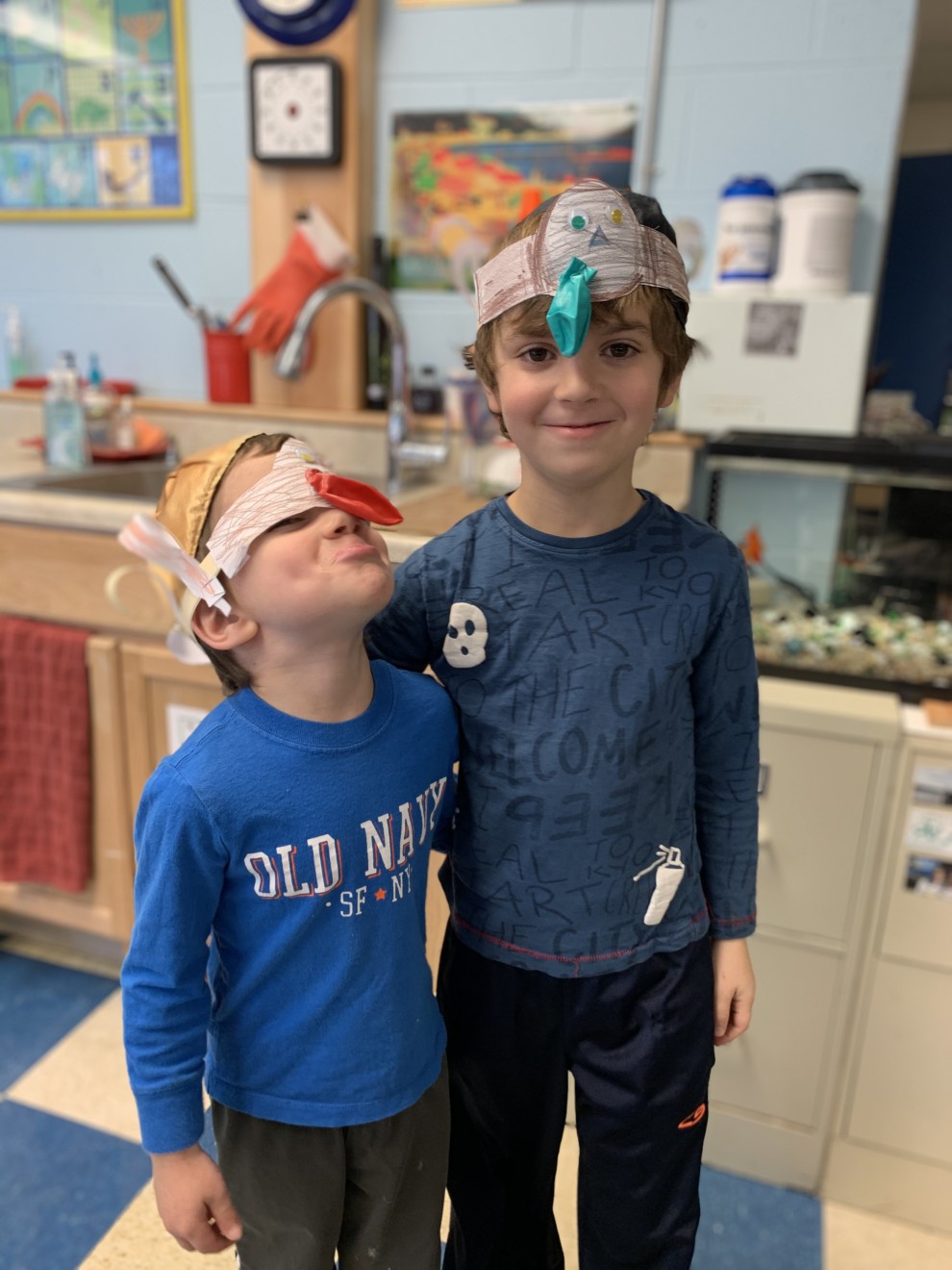 From Morah Beth
Well, HaShem Sheli and Thanksgiving are over and that can only mean one thing! Chanukah curriculum and play practice has begun! Don't forget to send in your child's costume (pillow case, khaki shorts and white t-shirt. FYI - pillow cases will be cut and worn as a costume.)

Be sure to mark your calendars and invite family to this fun event! The play will be held on Wednesday December, 18th at 7:00 pm. More information will be sent out closer to the time.

While reading we continue to talk about the main idea, character, setting, details, and cause and effect, children are also being asked to think critically and make inferences. They have been taught to use the pictures as well as the dialogue in order to determine how a character may be feeling in certain situations. Please continue to encourage these thoughts and conversations at home.

We have completed Peter Pan and are ready to go see the play on Tuesday!

This week in Math  the 1st graders reviewed their assessments and began a new unit on shapes. Both 2 and 3 dimensional shapes were introduced. Ask your child the difference between the 2 and 3 dimensions. Also ask if they can find these 3 dimensional shapes in your home. (cone, cylinder, cube, rectangular prism, and pyramid. See if they can share with you which shapes can be stacked, slid, or rolled. The Kindergarten children learned about weight and length, and completed their first book in math!!!!!!! They were so excited! We will be working on the skills we have learned thus far through a variety of games and hands on manupulatives until after the winter break.

Writing has continued daily. We have continued with the "topic cards" and this week's topic have been...If you could have a superpower what would it be?

Talk about something nice you did for someone. How did it make you feel? What classroom job do you like the most? why?

Last week in Social Studies we talked about Thanksgiving! See if your child can answer the following questions.

Who were the pilgrims? Why did they want to leave England? Where did they go from there? Why did they leave their second destination? What was the name of the ship they sailed on? What were the conditions like? Who was their first friend? (Samoset) Who was their most important friend? (Squanto; because he helped them farm and showed them where to hunt and fish)

This week's Open Circle lesson focused on "body language". Ask your child how they can tell if someone is happy, sad, or angry? What might that look like? What should we do when we SEE how a person is feeling but they aren't saying it?

The new spelling list consisted of sh/ch words. Children also practiced ABC order prior to their quiz. December sight wordsare being taught and September-November's are being reviewed. Children are not only able to read these words but many have begun to spell them correctly!

Before Thanksgiving, we began to discuss the meaning of the Modeh Ani prayer, which is about being thankful for each new day, for the blessings in our lives, and for life itself. This ties in nicely with the Thanksgiving holiday theme, and will continue to be a focus in our class tefillah lessons after the holiday, as well. We also enjoyed learning the song “Todah Al Kol Mah She Barata” for our Thanksgiving and giving thanks themes.

After Thanksgiving, we answered the question, “What are you thankful for today?” reflecting on the idea that we can be thankful every day.  We connected these ideas to the daily “Modeh Ani” prayer. Then we began to learn about another thank you prayer, “Bircot HaShahar.” We looked at the first bracha together. We talked about why it is important for us to know the difference between day and night.

The kindergarten continued with Hebrew stories that emphasize schoolroom vocabulary, and we continue reviewing and reinforcing the Hebrew letters through Chet through Go Fish and other games. We learned a new letter, Tet. We have been playing games and doing activities with all of the letters through Tet. We had a memory game and then a “Place, Trace, Write, Match and Read” activity with words that use this same set of letters. The Kindergarten rose to the occasion! They learned the words and were able to read them!!! It was very exciting. Another activity this week was a “clothespin match” in which the students were challenged to match all of the letters of the aleph-bet on clothespins to the same letter on a paper. Even without knowing every letter, the students were able to recall the Aleph-Bet song to identify the letters. They also were matching by shape. They were very successful!

We have been learning about the Parshah stories for the weeks before, during and after the Thanksgiving break. The children are finding the stories of Rebecca, Isaac, Jacob, Leah, Rachel, Esua and Ya’akov fascinating. We continued to learn about the structure of the Torah; its 5 books that are divided into Parshiot.

We began to learn about Hanukkah this week. The children were able to recall and recognize many of the symbols of the holiday. Then I read the story of Hanukkah to them in Hebrew. The version was simplified Hebrew with limited vocabulary, but very long. They did a great job working on key vocabulary and phrases with me.

Please clink on the link to enjoy this week's photos: