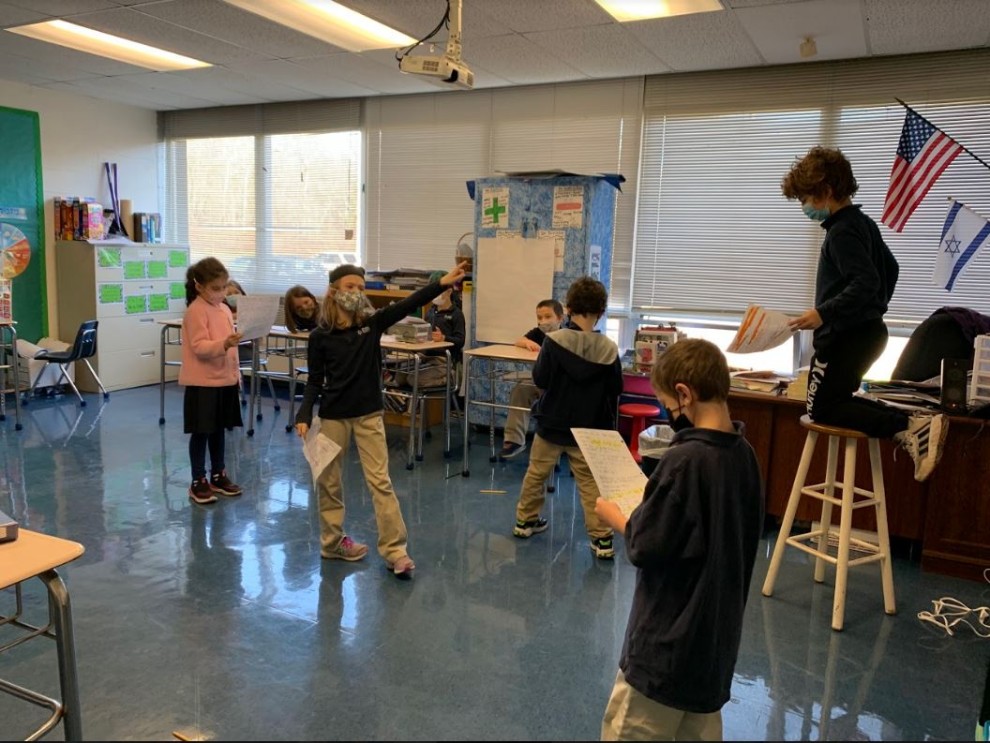 In social studies, we read 2 reader’s theater plays; one about the New England Colonies, the other

About the Middle Colonies. Everyone had a role to read. We then filled out a chart to compare the two.

In music this week the students got to do their game day with a live board game including rhythm questions to answer along the way! Some of them even took risks of trying the hardest level that dealt with 16th notes, dotted notes, and single eighth notes/rests. We also had an amazing Hamilton singing/rapping performance done by Anna, and an educational show-and-tell of the brazilian Berimbau instrument by Cordelia.