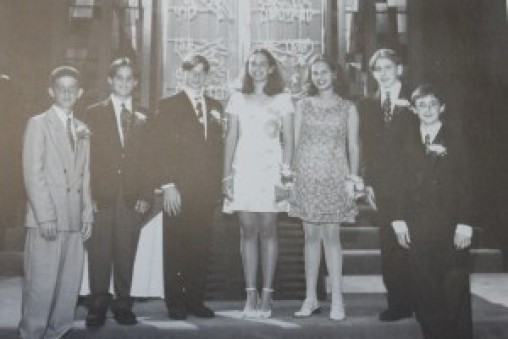 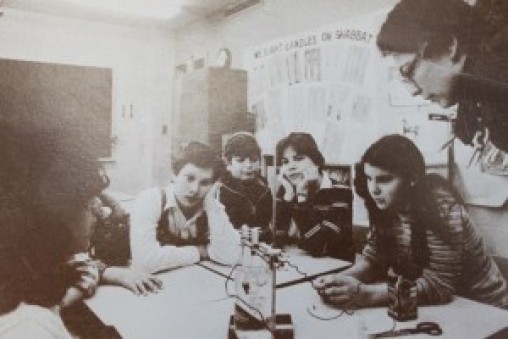 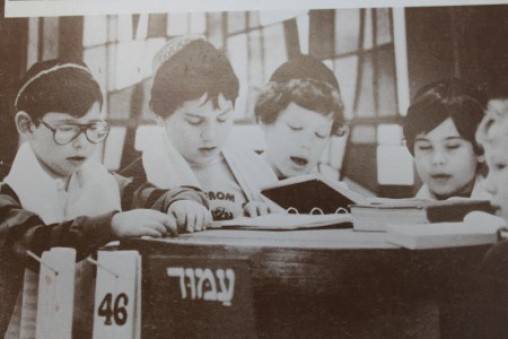 The History of Ezra Academy

Ezra Academy opened in 1966 as the Schechter Academy of New Haven under the auspices of the Conservative Jewish rabbis and laity of New Haven, Connecticut. Just eleven students were enrolled, with three teachers on staff. The school was first housed at Congregation Beth El on Harrison Street in New Haven before moving to Congregation B’nai Jacob in 1969, where it was renamed Ezra Academy. The school was founded with the goal of offering “an integrated [Secular and Judaic] educational program utilizing the most effective recent techniques” that taught students “the Jewish traditions in a way which was positive, creative, and fully integrated with the wider cultural life of our world.”

By 1971, Ezra had become the first Jewish day school in the country to implement an open classroom curriculum, and graduated its first class of five students from the sixth grade. Ezra Academy reinstated scheduled classes and added a structured art program in 1973.

A middle school was established in 1977 when Ezra added its first seventh grade class. Its first class of five students graduated from the eighth grade the following year.

In 1981, Ezra Academy became a regional Schechter school for the Southern Connecticut area, and students from Bridgeport, Trumbull, and Fairfield began enrolling. At the 1984 Annual Convention of the United Synagogue of America, Ezra was cited for excellence in both secular and Judaic studies amongst Solomon Schechter Day Schools.

In response to a dramatic increase in enrollment, Ezra Academy invested in an 11,000 square foot addition, including a gym/lunchroom, science lab, music room, and additional classrooms. Students and teachers moved into the spacious new facility in 1989.

In 1999, Ezra Academy received recognition from the Connecticut Association of Independent Schools (CAIS) for its “dedication to academic excellence through an integrated approach of secular and Judaic studies within a nurturing environment.” The school continues to hold CAIS accreditation through partcipation in the rigorous reaccreditation process every ten years.

Responding to demand from current families and the wider community, the Montessori Preschool at Ezra Academy opened its doors in the fall of 2018.

Today, Ezra Academy serves students throughout Southern Connecticut, with a committed and knowledgeable faculty and staff.